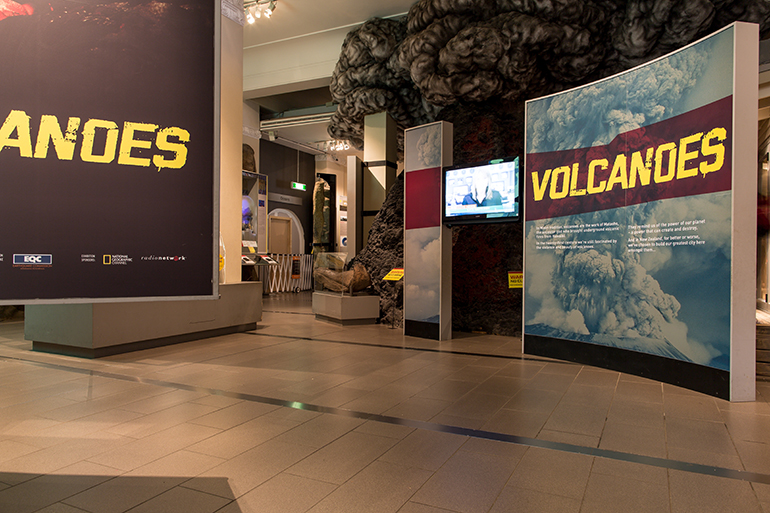 The gallery is installed with a series of modules telling various stories, containing artefacts, film and video. Exhibits will tell the story of human interaction with volcanoes from Māori myths and the witnessing of Rangitoto's emergence, including footprints preserved in ash, to their use as pa sites and quarries. Historic disasters such as Tarawera and Tangiwai are encountered as are the catastrophic effects for life in New Zealand that another major Taupō or Taranaki eruption would create.